This case study highlights how we produced and leveraged one piece of branded content featuring a world record-breaking motorcyclist with an amazing story and large social following to inspire product trial and gain massive influence among the cruiser community.

Adam Sandoval broke the world record for most miles ridden on a Harley Davidson in one year while raising money to support veteran’s causes. He built a large digital following in the process and was already a fan of Chevron fuel and bottled additives. As someone who frequently posts video content about his rides, his love of motorcycles and his adventures on his bike, there was no better person to team with to achieve our powersports marketing goals.

Rather than integrating the brand into his content, we reverse engineered the process, filming our own piece of branded video content highlighting Adam’s journey, his commitment to veterans’ causes, passion for riding and importance of using a high-quality fuel additive to keep his engine clean. We initially shared behind the scenes content from the shoot; Adam shared his own videos about the partnership as well as a number of “stay tuned” posts getting his audience amped for the video release. Our powersports marketing campaign included the following:

Let’s take a look at the numbers for our Chevron powersports marketing campaign (after only three weeks). 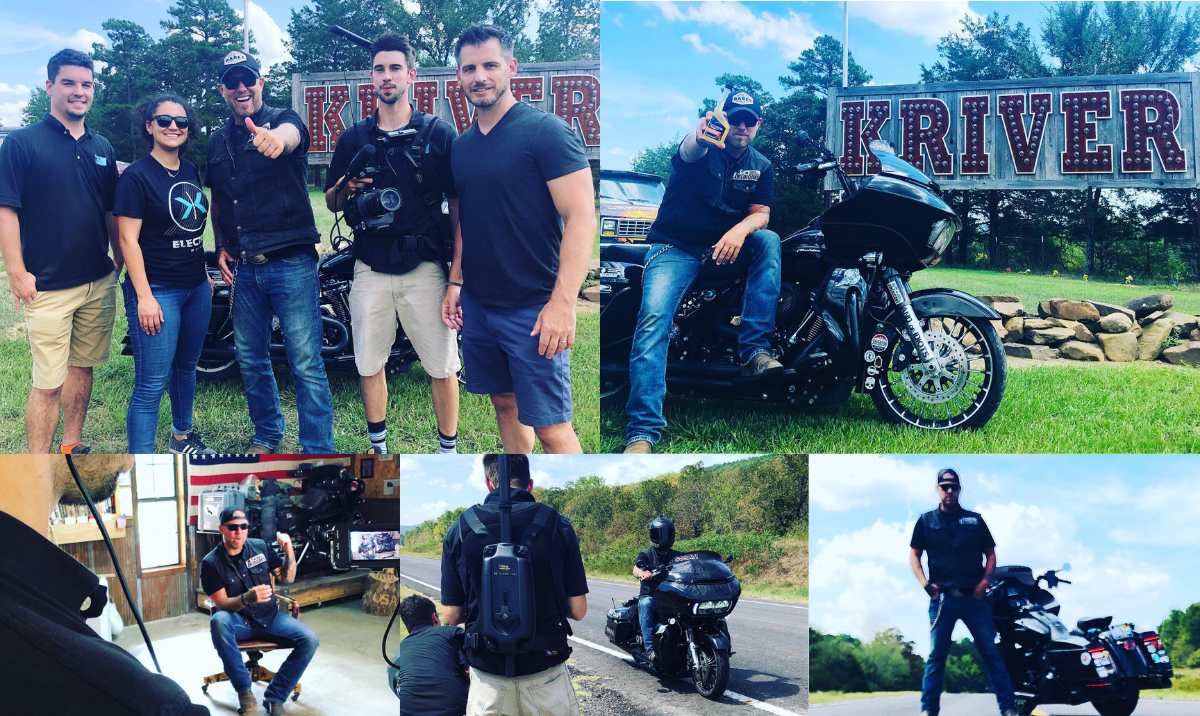 Like with any video content campaign, the work starts well before the content is created and ends long after it’s posted. If leveraged properly, well-produced, authentic video content that entertains, inspires and educates can serve as the centerpiece of a high-powered marketing and communications initiative. Better yet, if the content features a credible enthusiast, influencer or ambassador with a wide digital reach that’s highly respected among his or her community, as evidenced by our powersports marketing work with Chevron, you’ll exponentially increase your visibility, influence and impact.

“Starting from square one lacking online content, Public Haus had us quickly expanding our content library through key influencer additions, branded video content, pinpoint script development and an efficient production team; all within budget. If you are looking for high impact results with a PR and content marketing agency that can combine focus, experience, distribution proficiency and results, check out Public Haus. Their video content, influencer, PR and powersports marketing expertise has transformed our go-to-market strategy.”

And according to Adam’s business manager, James Newton, “We partner with many great companies and agencies each year and Public Haus is certainly top-notch! We were pleasantly surprised, shocked in fact, to learn that Public Haus would not only film/produce the partner video for Adam Sandoval and Chevron but also provided a PR/distribution element that would push the final video out to your own media network. The number of outlets that have picked up the video on your behalf is outstanding – and they just keep coming. Together, we are reaching a very large swath of riders and consumers like never before…offering tremendous value!”

Public Haus has had similar powersports marketing successes in the UTV and ATV categories for Chevron, creating content with enthusiast influencers and then placing that content on relevant off-roading websites and social channels. Our placement capabilities powered by decades of public relations and earned media work differentiates Public Haus from other content production agencies, because we understand the types of content (both video and written) that resonates with the media. The branded video work we do is typically editorialized in a way that makes it an organic fit for media outlets, as evidenced in the above campaign numbers.

When working with clients in creating branded video content that strikes a chord with the right audiences, it’s less about building a narrative around the product, but rather weaving the product organically into a compelling narrative that focuses on an interesting person, place or thing. Our signature approach to producing, distributing and promoting branded content as part of our powersports marketing work is generating massive results for clients. Reach out to get the same level of creativity, expertise and results for your next powersports marketing campaign.